America is not broke

After spending over $324 million on an extremist political agenda that is devastating to the lives of 98% of Americans, despoiling what was once a potentially good planet for everyone while they personally prosper to the tune of $43 billion, David Koch and Charles Koch are finally getting the sort of embarrassing attention they deserve, as every freedom-loving, hard-working American should be glad to see.

And remember, even though a self-employed woodworker in North Carolina pays over three times as much in property taxes as Tom Cruise, and on a (far less desirable) fraction of the acreage, has no health insurance, and still owes tens of thousands in college loans well over a decade after graduating even though he went tuition free, "class war" is still a dangerous fiction invented by elitist poor people to subvert Jesus (link, or something). 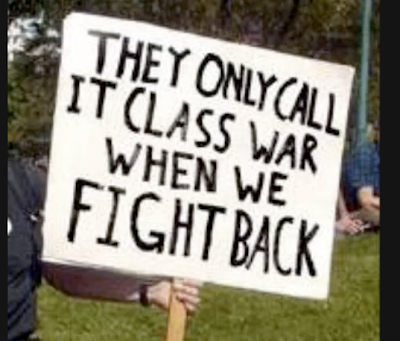 • The hell is Obama thinking.

• This is the reality.

• Also, to hell with polite progressive groups like Moveon.org (especially the absolutely boring local Asheville chapter). Those folks lost their critical exigency years ago, and have resigned themselves to knocking on doors in the projects, once every four years. A good summary of the Wisconsin fight is here (via Jodi Dean).