On the passing of William F. Buckley, Jr.

Probably it would be better to say nothing. He was certainly a man not worth the dignity of such attention, but given the right-wing bias of the obituaries in our SecureCorporateUSianMedia (SCUM) these days, a few astute comments from the Crooked Timber thread on William F. Buckley bear re-emphasizing, the first from the ever-eloquent John Emerson:

Besides being wrong and right wing, Buckley made a lot of extremely unpleasant statements, especially about race. His civility was limited to those whom he deigned to recognize as peers and who were willing to play his game, and did not extend, e.g., to queers like Gore Vidal. Or most other people.

I’ve always thought of him as someone who provided a veneer of class for tacky people with unpleasant attitudes. A bit like Hugh Hefner as a marketer of a cultural trend to people who needed training wheels. His intellectual accomplishments seem to have been at the level of a generic second rank English or History professor who has a knack for popular writing. Nothing very interesting, though better than Jonah Goldberg. His affectation of aristocratic mannerisms was parodic. Without his inheritance and his claque, he wouldn’t have been anything.

That should cover the motherfucker.

That’s what his fans loved: the cultured put-down of their enemies, the belittlement, bolstered by social class signifiers, of better-thought and more humane opinions. My father, the paleo-Goldwater conservative and a man with no markers of social class, loved to watch Buckley stick it to someone liberal, and twist the knife.

I’ve read maybe 300 comments on his death and no one else seems to have pointed this out.

In spite of Buckley and all his lesser spawn, some elements of worth persist, with difficulty, here on Earth.
-Posted by joel hanes · February 28th, 2008 at 5:39 am

Joel, I was just commenting on something related over at Making Light: What I see again and again in movements that start off with suave people and end up with vulgarians is that the suave ones insist there must have been some way to keep spewing their hate and bile in classy ways. No. That’s not repentence, that’s trying to save face, and it’s part of the problem.
-Posted by Bruce Baugh · February 28th, 2008 at 5:53 am

As I posted here a few months back when Buckley came up and in agreement with what others have brought up in regard to his role as an enabler/defender of the Limbaughs of this world, I think Lars-Erik Nelson summed up Buckley best:


Bill Buckley exist[ed] to wrap up peoples’ base, greedy, low-life, mean and nasty views into high-faluting language so that they don’t have to go around thinking they are just mean, stupid and nasty, but instead have a philosophy like Buckley’s.
-Posted by JP Stormcrow · February 28th, 2008 at 1:43 pm

On a more personal note: back in 1980 my father, incidentally, was responsible for reminding Vassar in a letter to the school newspaper that Buckley, in his glory days as McCarthy lapdog, had diligently tried to smear a number of good faculty, and therefore was an enemy of the college. The NY Times picked it up, Buckley responded typically, that is to say colorfully offensive, evasive, off-topic and ad hominem, and he and my father editorialized back and forth for a while. My father stuck to the issues, while not neglecting to point out how Buckley's response to the truth was exactly what one should have expected from a man with such character, should any proof still be lacking. Buckley's act culminated in desperate spitting at my father (at that point a distinguished professor of 35 years) and his students and the college, calling them all "a bunch of ferocious illiterates."

Much to his wounded pride, Buckley was eventually forced to withdraw as commencement speaker, and my father's students (now better-informed about the lingering of the McCarthy era) made t-shirts stating, "Vassar, Class of 1980: Class of Ferocious Illiterates," which they wore for graduation. Two decades later I found the t-shirt they'd given my dad and wore it proudly, including when Buckley's son Christopher came to tell some mostly tasteless jokes to a small audience followed mainly by uncomfortable silence, my junior year. I remember him saying, "I always wanted to speak at Vassar," at which point I simply smiled, shook my head and walked out.

Anyway the New York Times has no archives worth a fuck (and I'm not about to pay). Maybe all those editorials are still kicking around somewhere but frankly I'm not that inclined to look. Times like this are hard on any family. Still, it would be neglectful not to speak up to anyone who tries to lionize the man, now.

There is still a cassette recording of my father fumigating at home in the kitchen, stating factually in his old-school way, "...the guy's a loser." No doubt Buckley would have called that kind of precious, but I always thought that it was fitting.

Maybe those old editorials are still around somewhere, and when I find them I may post them, if there's any interest, as they make for interesting reading...

Posted by Matt Christie at 10:12 AM No comments:

Courtesy of Eric...I pick up the nearest book, which happens to be Tom McCarthy's Remainder, and flip to page 123:

"Shh!" I said, holding my hand up. I was looking at the jagged line that ran across his chart: how it jutted and meandered. As his lecture had moved off the figures and onto the randomness stuff he'd let the left side of his chart drop, so the value line was running vertically, like my bathroom's crack. I let my eyes run up and down it, following its edges and directions.
Matthew Younger saw that I was looking at it and straightened it up.
"No!" I said.
"I'm sorry?" said Matthew Younger.
"It was better when you...Can I keep this chart?"
"Of course!" He boomed back. "Yes, have a proper look at it in your own time."

Nearly 2/3 of the way through, and although at moments very funny, I find myself wishing (perhaps selfishly, or waxing psychoanalytic, or forgetting all those beautiful minimalist models that precede him) that the protagonist were simply more confessional, openly conflicted and self-critical. In a word: more interesting. You could say he is nothing but these things, I suppose, but then there is that psychic blankness, that fundamental lack of curiosity and non-caring, and inability to risk relation at the heart of all his actions, that in some rather crucial sense extends to his ability to care about himself (this is interesting, of course, but hardly original). That maybe he had at least one personal relationship not led on a leash by his hyper-rational, hyper-active quest to feel, or be real (but which is it? and do we have any guarantees he's sincere about actually living once he gets there–assuming, falsely, that he can reach his point of purity through neurotic managing of the world's excess. Just to say that sustaining fictional sympathy, or even interest in the rampant self-indulgences of a man who can buy any piece of psychic space and mechanical repetition he wants is, well, difficult without more to convince (or at least remind) the reader of his unique condition. Not to suggest that its lack of definition, or his lack of dwelling in self-pity, isn't also part of the crucial reference here–that he is, in some important and exemplary sense, a common, everybody figure, 'nowhere man,' or even 'man without qualities.' Nor that a word like "torment" might not still be too strong a word for his condition–one without basic bodily and emotional connection, fluency, and hence empathy. The obsessional quality is therefor believable, as is the disregard for the reader as it clearly mirrors his non-relationship with every character (or chess pieces, as they might be called). One thinks also, inevitably, of The Mezzanine.

3/1/08 Ok, so I've read a few pages on now...and the story of Mr. 30-year-old trauma-opiates-addict is gripping once again. The astute reader would have probably guessed better at what was going on. The trauma-opiates explanation is not completely satisfying, though. At some point this character simply has to show some self-reflexivity, or be ruined. He's engaged in a kind of addicted vicariousness bordering on necrophilia, an addiction and self-indulgence nearly as bad as blogging. Such things can only end in tragedy. Prospects for real memory return seem minimal (although something has to give, somewhere–this can't go on forever).

3/2-08 Hurray. With added self-reflexivity comes renewed sympathy-he's quite the endearing fellow. But will his re-wiring of the brain succeed in bringing his real memory back? I still predict tragedy, although...a "happy" ending that convinced would be more difficult to pull off and ultimately more rewarding. That is, some reconciliation with real memory and working through to renewed (albeit universally flawed) 'authenticity.'

On a side note, not sure "live-blogging" books (if this has been a sorry excuse for that) is really way to go.

3/2/08 Finished! Hurray for tragedy and happiness!
Posted by Matt Christie at 10:47 AM No comments: 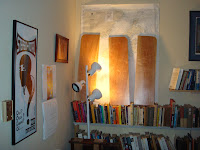 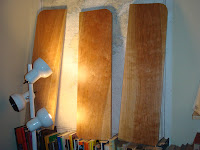 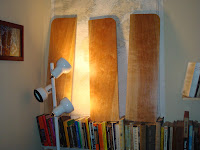 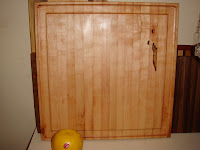 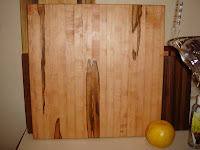 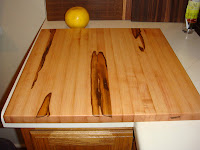 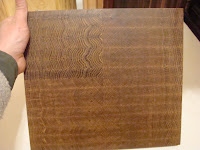 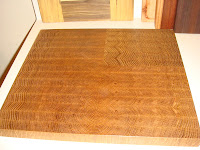 Stake your discount claim before they go to auction, or to charity, dear readers.
Posted by Matt Christie at 9:43 PM No comments: 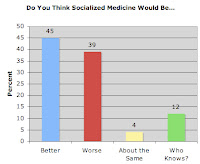 via
Posted by Matt Christie at 10:11 PM No comments:

"People want change, not more of the same from the crowd that gave us the current mess in D.C."

So sayeth Mr. Kos. I couldn't agree more. It has to start somewhere. Obama's got my vote.


also via StG. (I actually recommend the music in their post to go along with it).

Watch the video. In other words, here's someone who may well be responsive to pressure (of the right kind) once he is elected.

(Of course saying "we've got work to do" doesn't quite cut it. Hell in this age held hostage by corporate conservatism with no future, it may qualify as the understatement of the century. Peter Dorman at Econospeak poses the necessary rejoinder/cautionary remarks on "bi-partisanship for bi-partisanship's sake.") Update: And Alain has more for Long Sunday.
Posted by Matt Christie at 9:42 PM No comments:

Email ThisBlogThis!Share to TwitterShare to FacebookShare to Pinterest
word
Posted by Matt Christie at 9:10 PM No comments:

I am trying–somewhat desperately and on partial behalf of someone else–to sell a couple books and they are here (not sure how long I can afford the listing fees). Major discount if you buy in bulk. Please don't hesitate to e-mail me! Thanks, Babar fans.
Posted by Matt Christie at 1:09 AM No comments:

preaching to the enemy's choir

Class war just doesn't get one elected these days (although of course it should). Everything but the last, entirely self-indulgent sentence makes sense, here.

On another note, more redeeming of public service (if only through the testimony of its sometimes malcontents), I will gladly send a copy of No End in Sight to anyone who'll watch it.
Posted by Matt Christie at 12:08 AM No comments: 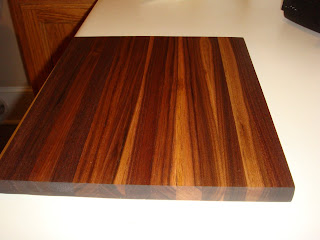 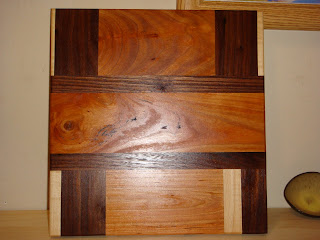 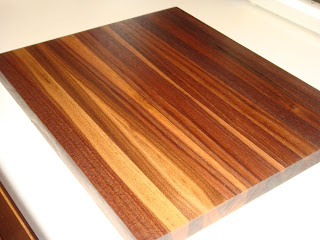 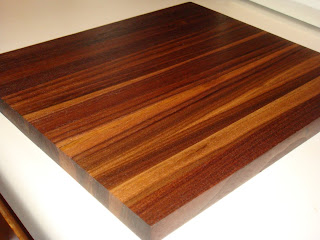 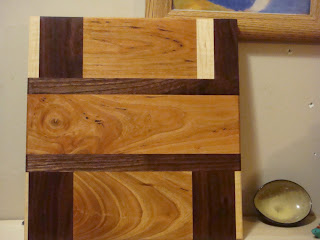 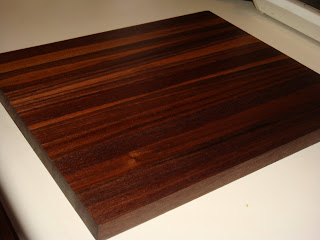 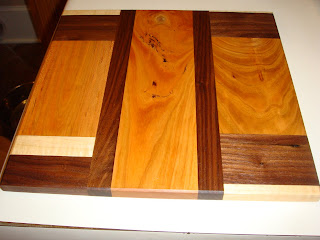 Posted by Matt Christie at 11:30 PM No comments:

Get well soon, Steve (the literary blogosphere ain't shit without you) (via via).
Posted by Matt Christie at 1:39 PM No comments: