Reluctantly, but necessarily, Taibbi follows up his prior definitive commentary with another:

Reading Friedman is fascinating–the same way that it’s fascinating to watch a zoo gorilla make mounds out of its own feces. The gorilla is a noble, intelligent animal that will demean itself in captivity. Friedman is a less noble animal of roughly the same intelligence, whose cage is the English language. [Also, apparently, the NY Times, and the practical jokers at that first cocktail party who decided he'd be a good thing there, etc - mc] It’s an amazing thing to behold (read more...)

Over vacation have been reading Taibbi's new book, Spanking the Donkey - also good and funny.

Glen Greenwald is okay too:

Someone e-mailed me several days ago to say that while it is fruitful and necessary to chronicle the dishonest historical record of pundits and political figures when it comes to Iraq, I deserve to be chastised for failing to devote enough attention to the person who, by far, was most responsible for selling the war to centrists and liberal "hawks" and thereby creating "consensus" support for Bush's war -- Tom Friedman, from his New York Times perch as "the nation's preeminent centrist foreign policy genius."

That criticism immediately struck me as valid, and so I spent the day yesterday and today reading every Tom Friedman column beginning in mid-2002 through the present regarding Iraq. That body of work is extraordinary. Friedman is truly one of the most frivolous, dishonest, and morally bankrupt public intellectuals burdening this country. Yet he is, of course, still today, one of the most universally revered figures around, despite -- amazingly enough, I think it's more accurate to say "because of" -- his advocacy of the invasion of Iraq, likely the greatest strategic foreign policy disaster in America's history.

This matters so much not simply in order to expose Friedman's intellectual and moral emptiness, though that is a goal worthy and important in its own right. Way beyond that, the specific strain of intellectual bankruptcy that drove Friedman's strident support for the invasion of Iraq continues to be what drives not only Tom Friedman today, but virtually all of our elite opinion-makers and "centrist" and "responsible" political figures currently attempting to "solve" the Iraq disaster.

Lest we forget the perfume he first spread on Clinton's "free" trade flatulence, either...but that is even older news, and not a little boring.

Posted by Matt Christie at 2:07 PM No comments:

The latest salvo in an onging exchange (linked previously):

Academics will recognize this magician as a stand-in for the protagonist of the old New Historicism. A school of criticism that flourished in the 1980s and by the early 1990s had been declared old-fashioned, at least by its enemies, the New Historicism put forward a version of “total system” (I quote from a discussion of Michaels by America’s foremost Marxist critic, Fredric Jameson) that specialized in outsmarting any attempt to critique or resist it, revealing said act of critique or resistance “to have been yet another feature of the system itself . . . programmed into it in advance.” Michaels’s readings of Dreiser’s The Financier and Sister Carrie are classics of the genre, cleverly exposing the vain illusion (again in Jameson’s words) “that Dreiser’s work, which is immanent to the market system and its dynamics and deeply complicitous with it, could somehow ‘stand outside’ that, achieve a ‘transcendence’ with respect to it (normally even characterized as critical distance), and function as criticism of it, if not indeed outright political repudiation of it.”

Whatever you think of the plausibility of this vision, it’s a major problem for Michaels’s argument. A capitalism that can do magic tricks like this one would obviously have no trouble with any collective action, however race-blind, that tried to equalize life chances for the poor. Given his assumptions, Michaels cannot really expect any more from the trade unions whose weakness he claims to bemoan than from the feminism he mocks. For he has to assume that any gains the unions might wrench from the corporations would be instantly confiscated from other employees elsewhere. Ditto for raising the minimum wage. Its opponents maintain, anticipating Michaels, that this will only make the wages of others go down. (If that were true, the corporations and their representatives wouldn’t fight tooth-and-nail against raising the minimum wage.) The way Michaels writes about the struggle for racial justice knocks the legs out from under the struggle for any justice.

Obviously Michaels doesn’t really believe that corporations can never be forced to give up any portion of their profits, that there can be no redistribution of wealth until a messianic coming of the Revolution, that in the prolonged meantime nothing meaningful can ever be accomplished. Otherwise he would not revive such excellent proposals as pushing for a 100% inheritance tax or delinking school funding from local property taxes. The problem is that in his strange and overpowering compulsion to discredit the movement against racism and sexism, he draws on a model of total system—the adjective “paranoid” doesn’t seem too strong to describe it—that guarantees failure for everyone. And this despite his certainty that all we need, as he says, is to do what’s right. Those of us who are fighting racism or sexism because (in his words) “it’s the right thing to do” are supposed to stop short, no longer certain of what’s right. Why? Because Michaels himself is so certain that in pursuing our sense of what’s right, we are inevitably if deviously furthering the cause of neoliberalism. Which is it, total system or what’s right? Like divine omnipotence and free will, his two certainties collide. As I hope my review made clear, I really admire Michaels’s feisty secularism. But this is not secular thought. This is theology. (read more)

Posted by Matt Christie at 2:36 PM No comments:

Top mp3 blog Said the Gramophone's Best Songs of 2006 more or less speak for themselves. Not to be missed.
Posted by Matt Christie at 11:43 AM 1 comment:

Does anyone out there have access to the Liverpool Law Review. Trying to read this (and yes, I've tried bugmenot, but once logged in it will only allow me to buy a copy for someone else, someone living in a place called Liverpool).
Posted by Matt Christie at 12:04 AM No comments:

A new study: on World Distribution of Household Wealth [pdf]

The richest 2% of adults in the world own more than half of global household wealth according to a path-breaking study released today by the Helsinki-based World Institute for Development Economics Research of the United Nations University (UNU-WIDER).

… Surprisingly, household debt is relatively unimportant in poor countries. As the authors of the study point out: ‘While many poor people in poor countries are in debt, their debts are relatively small in total. This is mainly due to the absence of financial institutions that allow households to incur large mortgage and consumer debts, as is increasingly the situation in rich countries’

The authors go on to note that ‘many people in high-income countries have negative net worth and—somewhat paradoxically—are among the poorest people in the world in terms of household wealth.’

Elsewhere: WBM responds to a critic

And MB responds to WBM...
Posted by Matt Christie at 10:25 PM No comments: 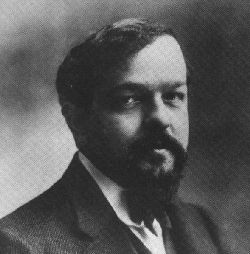 This is lovely. And of course, for Mallarmé

To think there was a time when I could play like this (about this age-with all the madness one may borrow at such age).