Criminal Elite Club McCain "unsure how many houses he owns" 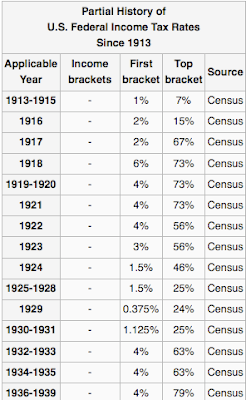 Class warfare is very real, stupid. (And you're not winning. And if McCain and his entrenched, er..."experienced" special interest cadre wins (or is close enough to steal), you'll almost certainly have higher taxes, at least one nuclear war that he can finally "win," less veteran care, more and more disastrous hand-outs for multi-millionaires and international billionaires leading to more credit crisis and international recession, gutted social security, crumbling bridges, more expensive food and gas and big swaggering unilateral CEO-style executive government in your bedroom, hospital and everywhere.)

McCain doesn't think you can be considered "rich" unless you make at least five million dollars a year.

-- He is a son of privilege from an elite military family (his father and grandfather were admirals). Despite a mediocre academic record at his fancy prep school, he was admitted to the highly prestigious Naval Academy (those family connections do come in handy). At the Academy, he graduated fifth from the bottom of his class.

-- His abysmal record at the Academy notwithstanding, McCain was "offered the most sought-after Navy assignment -- to become an aircraft carrier pilot." His instructor at flight school said that McCain was "positively one of the weakest students to pass our way," and McCain crashed five planes while he was there. Yet in spite of his poor performance, he continued to receive "plum assignments" throughout his military career.

The McCains pay about $273,000 per year for their household staff of butlers and maids, and one of their children had an American Express card that permits a balance of up to $50,000 per year. Meanwhile, McCain pays only $18,000 per year in alimony to the loyal wife he abandoned.

Barack Obama was raised by a single mom and grew up in a lower middle class home. His family sometimes struggled economically, and there were times his mother collected food stamps. Yes, Obama attended an elite high school, but he got there on a scholarship, and he lived in his grandparents' modest two-bedroom apartment while attending school. He went on to graduate from Columbia University and Harvard Law School, but he never would have been able to afford to study at those places without considerable financial aid. He also had a distinguished academic record, graduating magna cum laude from Harvard, where he was president of the law review. Unlike McCain, Obama has spent significant amounts of time with poor and working class people, most notably during the years when he was a community organizer in Chicago.

Also unlike McCain, Obama could certainly never be accused of marrying for money. Michelle Obama grew up in a working class family on the South Side of Chicago. Her parents never went to college and her father had a blue collar job with the city. Like Barack, Michelle worked hard and won admission to elite universities (in her case, Princeton and Harvard Law School). And like Barack, she paid for school by taking out student loans. In fact, it was only recently that the Obamas were able to finally pay off those student loans -- it was the money they made from Barack's two books that finally gave them the wherewithal to do so.

The right would have you believe that, no, you're not being oppressed by the CEO of the company you're working at, who makes 364 times as money as you; nor by the credit card companies bleeding you dry. And it isn't the moneyed special interests which are robbing this country blind and driving us into a ditch. It is, rather, those liberal elitists who are the root of all evil. In the contemporary conservative imagination, liberals serve the symbolic role that Jews play in the ideology of anti-Semites[...]

From the Wiki on Regressive Taxation:

The New York Times in June 2005 ran a high-profile campaign arguing that at the very-high incomes United States tax-payers actually face regressive taxation rates, equating income tax across wage and rental incomes. For instance, they project that if the Bush tax cuts are made permanent: “By 2015, those making between $80,000 and $400,000 will pay as much as 13.9 percentage points more of their income in federal taxes than those making more than $400,000.”[16]

The Nation Magazine: "The [Even] New[er] Inequality"

Most recently, the top 400 billionaires last year each paid an average of only 19% in income tax!

That's six percent LESS than someone making only $32,500 was forced to pay.

"The minimum wage is at its lowest real value in over 50 years and has not been raised since 1997. This is the longest stretch of federal inaction since the minimum wage was first instated in 1938...."

Posted by Matt Christie at 7:56 PM No comments:

The large mahogany, oak, hickory, walnut and cherry board is currently for sale: $120.
Posted by Matt Christie at 5:22 PM 2 comments: