The Retirement Gamble - yet another reason to reject Chained CPI scam

Two-thirds of your 401k goes to Wall Street.

Posted by Matt Christie at 10:20 AM No comments:

And that is why we do not live in Texas. 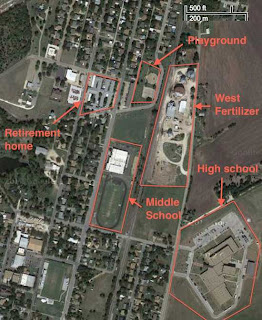 http://livewire.talkingpointsmemo.com/entry/texas-fertilizer-plant-failed-to-disclose-massive-ammount
Posted by Matt Christie at 12:49 PM No comments:

Email ThisBlogThis!Share to TwitterShare to FacebookShare to Pinterest
Labels: Govern

Adam Gopnik, in The New Yorker:

....But all of our experience suggests that it is not “fundamentalism” alone but an aching tension between modernity and a false picture of a purer fundamentalist past that makes terrorists.
And it was an American story, too, in what could only be called a hysterical and insular overreaction that allowed it to become the sole national narrative. I happened to be in London on 7/7—a far more deadly and frightening terrorist attack—and by 7 P.M. on that horrible day, with the terrorists still at large (they were dead already, but no one knew that) the red double-decker buses were rolling and the traffic was turning and life, though hardly normal, was determinedly going on. The decision to shut down Boston, though doubtless made in good faith and from honest anxiety, seemed like an undue surrender to the power of the terrorist act—as did, indeed, the readiness to turn over the entire attention of the nation to a violent, scary, tragic, lurid but, in the larger scheme of things, ultimately small threat to the public peace.
The toxic combination of round-the-clock cable television—does anyone now recall the killer of Gianni Versace, who claimed exactly the same kind of attention then as Dzhokhar Tsarnaev did today?—and an already exaggerated sense of the risk of terrorism turned a horrible story of maiming and death and cruelty into a national epic of fear. What terrorists want is to terrify people; Americans always oblige.

There's an argument to be made for deciding to shut down the city at the time they did, I think.  But Gopnik is one of the first to remind us of the dual nature of today's necessary task.  Namely, to "separate thinking about terrorism from thinking about the way that we represent it."

Today the Guardian put a story on its front page about the biggest gamble in human history.
Governments, corporations and pension funds have $6 trillion worth of unburnable carbon assets on the books -- that means that either their investments pay off and the planet tanks, or we avert climate catastrophe and those investments are worthless.  -350.org


Needless to say, if Obama allows KeystoneXL, then he is directly complicit in this economic idiocy/global suicide.

A summary and link to the full report is here:  http://www.carbontracker.org/wastedcapital
Posted by Matt Christie at 10:54 AM No comments: