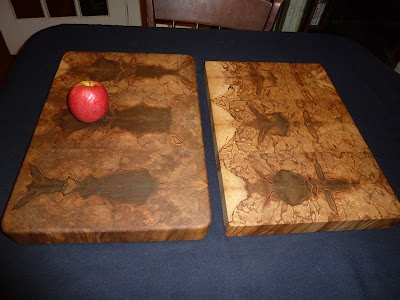 Posted by Matt Christie at 4:22 PM No comments:

Speaking of the need for protest...

The uncomfortable truth about Egyptian dictatorship and corruption, widespread poverty, inflation and income inequality is of course that Egypt was simultaneously being applauded and praised by the IMF and World Bank as an "economic miracle"...forced privatization, subsidy cuts, "opening-up" of markets, forced structural adjustment...same new story of macro economics and corporate profits masking real world suffering...people literally dying while waiting for days in "bread queus"...Anyone expressing solidarity with Egyptians' right to freedom from tyranny should understand the origins of the familiar scam that propped up Mubarak:

Meanwhile, the same class warfare is being openly waged by Rethuglicans (propped up by their multi-billionaire ideologue sponsors like David and Charles Koch, along with what amounts to Democratic complicity) in the US right now, and has been for decades (beginning in earnest with Reagan, the first outright bankers' politician).

The bottom line for anyone connecting the dots is: Americans should absolutely be in the streets of their own country right now too.
Posted by Matt Christie at 10:55 AM No comments:

Obama's writers knock it out of the park, for Griftopia

It's Reagan, all over again.

Pitch perfect. What logically follows from the president's invoking of the history of American prosperity is a call for more public investment in 21st century infrastructure. This is not in-your-face partisanship, but the astute marketing of a progressive message and ideology that contrasts radically with the conservative one.


But then the president said this:

Now that the worst of the recession is over, we have to confront the fact that our government spends more than it takes in. That is not sustainable. Every day, families sacrifice to live within their means. They deserve a government that does the same.


So tonight, I am proposing that starting this year, we freeze annual domestic spending for the next five years. This would reduce the deficit by more than $400 billion over the next decade and will bring discretionary spending to the lowest share of our economy since Dwight Eisenhower was president.

This freeze will require painful cuts. Already, we have frozen the salaries of hard-working federal employees for the next two years. I've proposed cuts to things I care deeply about, like community action programs.

My friend Westen was incredulous. Why would a Democrat give aid and comfort to a right wing ideology that is also wrongheaded economics? Why sacrifice Medicaid and programs for kids for the sins of the bankers? Why add fuel to the right's attack on public employees?


People watching the speech rightly wondered: How do you freeze domestic spending -- and also dramatically increase outlay on 21st Century infrastructure? How do you win public support for more desperately needed public investment when you brag that you will reduce domestic spending to its lowest share of the economy since the Eisenhower years?

In the 2008 election, people with incomes of under $50,000 supported Obama and the Democrats by wide margins. But the kind of mixed messaging in the president's State of the Union address reinforces political anomalies such as the 2010 mid-term election, where white working class voters supported Republican House and Senate candidates by a staggering margin of 30 points.

The administration's mixed signals on aid to Wall Street are so potent that in the 2010 election, a majority of voters who blamed the collapse on Wall Street nonetheless voted for a Republican candidate for Congress.

On January 17, the New York Times published a letter to the editor from a woman named Susan Kross, of upstate New York, praising governors for "reining in labor unions."

The shocker was her concluding paragraph. She wrote, "I was reared on a family farm where pennies were always pinched, every day was a workday, and there was no such thing as a pension or vacations, let alone paid ones."

Such is the state of ideological muddle and confused self-interest that a hard working rural, middle-class American could disdain pensions and paid vacations as unnecessary luxuries too good for working people. This woman's family farm, if it has truly been in her family for generations, probably survived thanks to the New Deal. She gets her crops to market thanks to government-subsidized highways, and uses modern farming methods thanks to USDA. Her parents and grandparents, who benefited from Social Security, most likely did not share her contempt for pensions and paid vacations.

This moment cries out for a combination of clear leadership and mass protest...[right here in America, of Americans for America, not just Egypt]

Posted by Matt Christie at 9:29 AM No comments:

The end of this article is much better than the beginning (via PTDR, which has been on a roll lately):

Obama critics decry his failure to use the presidential bully pulpit, compared to its use by Franklin Roosevelt. Apart from it not being Obama’s style, there are two additional problems with this idea. It would be very easy for the Right to portray him as a militant black—making him a black president rather than a president who is black. Obama has assiduously cultivated the latter persona. But more important, FDR had rivals who filled the bully pulpit role and claimed the allegiance of significant constituencies, or could at least threaten to gain them: CIO President John L. Lewis, whose industrial union movement had mushroomed in the 1930s to over three million members; conservative populist radio priest Father Charles Coughlin; African-American leader A. Philip Randolph; senior citizen hero Dr. Francis Townsend; Louisiana populist Governor Huey Long; and perennial socialist presidential candidate Norman Thomas. Each of them could mobilize millions of people.

When FDR had to be pressured from his left, there was someone there to do it. That’s a key element of Von Hoffman’s point: if Roosevelt said to John L. Lewis, “go out and make me do it,” Lewis and the industrial union movement could do it—just as the Deep South civil rights movement could keep the heat on John Kennedy and Lyndon Johnson. President Lincoln met with African-American former slave and abolitionist Frederick Douglass and the Radical Republicans of his own party. With whom would Obama meet today? Who can deliver Democratic constituencies today? The heart of the progressive problem is that the answer is, “no one.”

Blaming the money that is spent to defeat peace and justice candidates who run on progressive issues isn’t an adequate response. We know that kind of money is going to be spent against progressives. That’s a given. Water is wet and rocks are hard. If there isn’t enough grassroots organization behind a peace and justice candidacy to counter the money, then the campaign shouldn’t be run in the first place.

We are in a period in which we have to build toward national victories. That building takes place primarily in local campaigns. It’s a long process, not a short one.

Update: In the wake of Obama's State of the Union, here is one very good place to begin, with Nicholas Ruiz:

if Obama is in need of some regulations to reasonably review, Democrats can help. For example, let’s review the stifling minimum wage regulation. The minimum wage, unreasonably and unrealistically, remains untethered to the consumer price index. Therefore, it almost never goes up. But market prices sure do. And that’s why the buying power of the average American today pales in comparison to the buying power senior citizens had when they were young. Deregulate the minimum wage by tethering it to the market via the consumer price index. Republicans, whose charms and favor Obama seems too eager to court, will be happy, too: it has the word ‘market’ in it.

Posted by Matt Christie at 9:11 AM No comments:

• Ross Benjamin talks about his new translation of Joseph Roth's Job: The Story of a Simple Man. Book launch events in NYC to be held here and here.

• A first translation of Roland Barthes

• http://www.lrb.co.uk/v33/n02/slavoj-zizek/good-manners-in-the-age-of-wikileaks?utm_source=newsletter&utm_medium=email&utm_campaign=3302
Posted by Matt Christie at 11:44 AM No comments:

Posted by Matt Christie at 7:18 PM No comments: