Posted by Matt Christie at 12:20 PM No comments:

I remember a time when the blogosphere gave a shit about this sort of thing.

Jesse Lava sort of sums up my feelings, exactly:

As one of those pro-Obama progressives, I figured he would vacillate between his two personas -- pursuing conciliation on some issues so he could go big on others. Maybe he'd fail to prosecute Bush's torture regime but then take on Wall Street with gusto. Perhaps he'd neglect climate change but insist on a robust public option in the health care bill. Maybe he'd undertake a massive escalation in Afghanistan but only after restoring the rule of law to our national security apparatus. No president can take on the whole world, and progressives did not expect Obama to be Dennis Kucinich.

Progressives did, however, expect Obama to push strategic, selective transformation. Obama was supposed to seize the moment of our greatest economic crisis since the Great Depression and pursue reforms that would lay the economic foundation for the next generation. He was supposed to try -- try, at least -- to change Washington.

But that is not what he did. If progressives had known that he would immediately hire Larry Summers, Tim Geithner and other insiders who had helped push the country off the financial cliff; that he would give a pass both to Bush-era torturers and to Wall Street fraudsters; that his "Keynesian" stimulus would fall far short of what Keynesian economists said was needed; that he'd not only escalate far more than he pledged in Afghanistan but also get us ensnared in Libya and Yemen without the congressional approval required by law; that his civil liberties record would lead ACLU president Anthony Romero to be "disgusted with this president"; that the U.S. would be even more hated in the Middle East than it was under Bush; that Obama's biggest progressive win would be a health care bill that lacked a public option (honoring a backroom deal he made with the insurance industry) and was eerily similar to what the conservative Heritage Foundation proposed two decades ago; that he would make virtually no effort at all on climate change and immigration; that he'd propose (propose!) cutting Social Security and sign a debt ceiling deal agreeing to slash spending at levels that Ronald Reagan and George W. Bush could only dream of -- in short, if we'd known that Obama the Conciliator would make it to the White House and Obama the Transformer would be left in Chicago's Grant Park on election night -- many of us would have gambled on someone else. I certainly would have. [read the whole thing, with links here]

Posted by Matt Christie at 11:14 AM No comments:

Most Disappointing Presidency Ever

A rare unfettered glimpse into how banks own our modern politics: Obama just effectively secured his second term (in the vile and despicable form of pardoning Wall Street crime).

Here's what seems, for all intents and purposes, to have happened:

Wall Street donors waking up to the impending depths of global recession demand Obama do something to reassure markets. Obama calls up Warren Buffett from the Vineyard, somehow reassuring him that propping up our too-big-to-fail-banks is still his number one priority, and that Goldman Sachs, JP Morgan, Wells Fargo, Citigroup, Ally Financial and especially Bank of America will be granted effective immunity from future embarrassing and potentially quite costly litigation, after paying their purely symbolic petty one-time fine, so that everyone can move on.

Everyone, that is, unless you happen to be one of the victims of the largest criminal mortgage and pension frauds in history. Your rights, along with any records of the unprecedented criminal activity of the professional gamblers who swindled you into financial ruin, will be swept under the carpet.

True to Obama's word, Eric Schneiderman, the only man alive with any integrity, has been plucked out of the multi-state mortgage-settlement talks.

Buffett suddenly, brazenly invests $5 Billion in Bank of America, whose self-inflicted problems with the crooks at Countrywide are about to go away, and has already earned some of it back based on the extremely positive market reaction.

NPR does its typical kid glove job almost covering the story here, without offending anyone.

Jonathan Turley puts NPR to shame, and gets more intelligent comments as well. 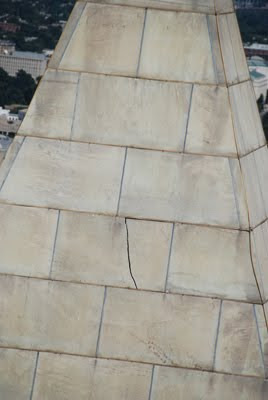 Update: New evidence reveals the failure of the bailout to do anything for Main Street.
Posted by Matt Christie at 9:17 AM No comments:

Cecil Bothwell will be getting lots of volunteer work from me

My fellow North Carolinians will almost certainly vote Cecil Bothwell in to replace the flailing Heath Shuler, if they know what is good for their own families. Heath Shuler has proven time and again that no matter what he says or how many footballs he can fumble, he always answers first and foremost to the criminally rich, gambling big-city bankers. Heath Shuler's only plan is to extend the recession further, by raising taxes on the middle class and working people, while protecting offshore tax havens for the same folks who ruined this economy. Can't afford your healthcare, or want to keep your hard-earned rights to Medicare and Social Security? Don't have a job? Heath Shuler voted against both the President's pathetic little stimulus AND health care reform because he cares more about protecting international corporate profits. Beware the slick advertising campaign concocted by Heath Shuler's elitist and unpatriotic, tax-dodging pals; his actions in betraying working class people time and again speak louder than words.

The truth is that Cecil Bothwell is the real thing, a proven candidate who listens to the people more than big money in Washington. I'm not being paid to say this. Cecil Bothwell is worth fighting for. In his own words:

We have been in an economic recession since 2008. Most economists agree that it was triggered by the Bush tax cuts for the rich, American involvement in foreign wars and the housing bubble that burst when it was discovered that highly rated, bundled subprime mortgages promoted by investment bankers were actually worthless. Interestingly, no one was ever brought to trial or held accountable for this widespread scam. The government bailed out the banks and provided a relatively small stimulus for economic growth.

But people who lost their life savings and/or homes received almost no help or consideration. As job loss continues, more and more people are suffering. The big banks and mega-corporations however are making as much money as before the 2008 crash. And obviously, they are not using these profits to create jobs; they are simply giving big bonuses to executives and sitting on their cash, most of which is held offshore to avoid taxation. Needless to say, if this corporate profit were repatriated, the money would generate tax revenue which could be used by the government to create jobs and/or reduce the deficit.

To date, the Republicans have insisted on debt reduction at the expense of job creation. The net result is that they call for draconian cuts in spending that can only shrink the economy. If the “super congress” committee composed of six Republican and six Democrats from the House and Senate cannot agree on severe cuts in government spending, measures to further shrink and eliminate government spending will automatically kick in. Programs at greatest risk include Social Security, Medicare and Medicaid and the Pentagon budget.

It is time for the living, breathing people of this nation to reexamine our priorities and reclaim management of our country. The United States was created to grant real people an opportunity for “life, liberty and the pursuit of happiness.” What we need now includes medical care for all, education for all, retirement with dignity for all and opportunities for workers to improve life circumstances for themselves and their families. Banks and corporations are, after all, only artificial entities created by and intended to serve real, living humans.

Posted by Matt Christie at 9:35 AM No comments:

Obama's last chance to earn any volunteer work from me

It's bad enough Barack Obama is actively working to help cover up and grant immunity to financial industry crimes, [UPDATE: more about which here], but if he fails to heed the largest environmental protests of recent times and block the Keystone XL pipeline, then he's clearly just a one-term anti-environmental putz.

• The facts about the proposed Keystone XL pipeline are available here, and include:

1. For every barrel of tar sand oil produced, six barrels of freshwater from the Athabasca River are polluted and stored in 30 square mile toxic ponds that sit adjacent to the river.
2. These ponds are already leaking over 3 million gallons of toxic water into the Athabasca River every day.

3. The pipeline is set to cross over the Ogalalla Aquifer which irrigates one-third of all crops in the Midwest and provides eight states with drinking water.

5. Extraction of the Tar Sands requires permanently disturbing one of the largest, intact old-growth forests left on Earth. The destruction of this forest will destroy habitat and prevent the boreal forest from providing ecosystem services that at present moment are catching and storing carbon from our climate.

6. If this pipeline and current development of the tar sands continues as planned, it will release twice as many greenhouse gases as are currently produced by all the cars and trucks in Canada.

7. Scientific research predicts that more than 166 million birds will die from habitat loss and drowning in the toxic pools over the next 30-50 years if development continues as planned.

8. Large game species are exhibiting tumors and mutations as a result of consuming toxic water. Nearby moose have been found to have over 33 times the safe amount of arsenic in their meat, a staple for indigenous populations.

10. The Koch Brothers, the same corporation dedicated to spreading lies about climate change and funding the tea party, is set to be the primary profiteer from building this pipeline.

Posted by Matt Christie at 1:44 PM No comments:

Investigative Journalism Not Dead Yet: This American Life

http://www.forbes.com/sites/timothylee/2011/07/28/the-supreme-court-should-invalidate-software-patents/
Posted by Matt Christie at 11:23 AM No comments:


Next time you see that Americans For Prosperity bumper sticker, be sure to thank the driver/(probably unwitting) tool of Queen of the Night monopulent white trash David Koch and Charles Koch for their wonderful work re-instituting racism and segregation, among other vile things:

More here, in case you missed it...or below.
Posted by Matt Christie at 11:31 AM No comments:

Great post by Jared Bernstein.
Posted by Matt Christie at 10:56 AM No comments:

"But there was no story–and there has been none since"

Drew Westen in the Sunday Review NYTimes (I agree with every word):

Like most Americans, at this point, I have no idea what Barack Obama — and by extension the party he leads — believes on virtually any issue. The president tells us he prefers a “balanced” approach to deficit reduction, one that weds “revenue enhancements” (a weak way of describing popular taxes on the rich and big corporations that are evading them) with “entitlement cuts” (an equally poor choice of words that implies that people who’ve worked their whole lives are looking for handouts). But the law he just signed includes only the cuts. This pattern of presenting inconsistent positions with no apparent recognition of their incoherence is another hallmark of this president’s storytelling.

Response from Kevin Drum, here, and Digby, here...
Posted by Matt Christie at 11:17 PM No comments: