Following on from here.

An opening section of Paper Machine (recently translated into English by Rachel Bowlby), may be enough to give any honest blogger pause. The book is an excellent, extraordinary collection of short pieces, well suited even for those predisposed–through lack of exposure–to short attention spans when it comes to Derrida. So many of these later publications are extremely rich indeed:

It was well before computers that I risked the most refractory texts in relation ot the norms of linear writings. It would be easier for me now to do this work of dislocation or typographical invention–of graftings, insertions, cuttings, and pastings–but I'm not very interested in that any more from that point of view and in that form. That was theorized and that was done–then. The path was broken experimentally for these new typographies long ago, and today it has become ordinary. So we must invent other "disorders," ones that are more discreet, less self-congratulatory and exhibitionist, and this time contemporary with the computer. What I was able to try to change in the matter of page formatting I did in the archaic age, if I can call it that, when I was still writing by hand or with the old typewriter. In 1979 I wrote The Post Card on an electric typewriter (even though I'm already talking a lot in it about computers and software), but Glas–whose unusual page format also appeared as a short treatise on the organ, sketching a history of organology up to the present–was written on a little mechanical Olivetti.

Even the computer belonging to the "great writer" or "great thinker" will be fetishized, like Nietzsche's typewriter. No history of technology has wiped out that photograph of Nietzsche's typewriter. On the contrary, it is becoming ever more precious and sublime, protected by a new aura, this time that of the means of "mechanical reproduction"; and that would not necessarily contradict the theory of mechanical reproduction put forward by Benjamin. Some computers will become museum pieces. The fetishizing drive has no limits, by definition; it will never let go.

Today, everything can be launched in the public sphere and considered, at least by some people, as publishable, and so having the classic value, the virtually universal and even holy value of a public thing. That can give rise to all sorts of mystifications, and you can already see it, even though I have only very limited experience of what happens on the internet. Say about deconstruction, these international Web sites welcome and juxtapose extremely serious discussions, or ones that are publishable, and then chitchat that is not just dreary but also without any possible future. (It is true, and don't let's ever forget it, that that can also happen at conferences or in journals, academic and otherwise.)....A new freeing up of the flow can both let through anything at all, and also give air to critical possibilities that used to be limited or inhibited by the old mechanisms of legitimation–which are also, in their own way, word-processing mechanisms. (Derrida, 29-32) 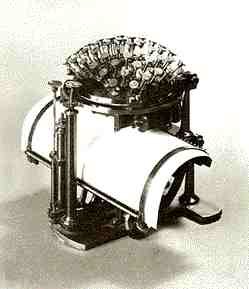 And from the suitably brief chapter entitled, "Sokal and Bricmont Aren't Serious":

Le Monde asks for my comments on Alan Sokal and Jean Bricmont's book Impostures intellectuelles, although they consider that I am much less badly treated in it than some other French thinkers. Here is my response:

This is all rather sad, don't you think? For poor Sokal, to begin with. His name remains linked to a hoax–"the Sokal hoax,"–as they say in the United States–and not to scientific work. Sad too because the chance of serious reflection seems to have been ruined, at least in a broad public forum that deserves better.

It would have been interesting to make a scrupulous study of the so-called scientific "metaphors"–their role, their status, their effects in the discourses that are under attack. Not only in the case of "the French"! and not only in the case of these French writers! That would have required that a certain number of difficult discourses be read seriously, in terms of their theoretical effects and strategies. That was not done.

As to my modest "case," since you make a point of mentioning that I was "much less badly treated" than some others, this is even more ridiculous, not to say weird. In the United States, at the beginning of the imposture, after Sokal had sent his hoax article to Social Text, I was initially one of the favorite targets, particularly in the newspapers (there's a lot I could say about this). Because they had to do their utmost, at any cost, on the spot, to discredit what is considered the exorbitant and cumbersome "credit" of a foreign professor. And the entire operation was based on the few words of an off-the-cuff response in a conference that took place more than thirty years ago (in 1966!), and in which I was picking up the terms of a question that had been asked by Jean Hyppolite. Nothing else, absolutely nothing! And what is more, my response was not easy to attack.
Plenty of scientists pointed this out to the practical joker in publications that are available in the United States, and Sokal and Bricmont seem to recognize this now in the French version of their book–though what contortions this involves...

I am always sparing and prudent in the use of scientific references, and I have written on this issue on more than one occassion. Explicitly.

...One of the falsifications that most shocked me consists in their saying now that they have never had anything against me...So in France, Sokal and Bricmont added my name to the list of honorable philosophers at the last minute, as a response to embarrassing objections. Context and tactics obligent! More opportunism! These people aren't serious.

As for the "relativism" they are supposed to be worried about–well, even if this word has a rigorous philosophical meaning, there's not a trace of it in my writing. Nor of a critique of Reason and the Enlightenment. Quite the contrary. But what I do take more seriously is the wider context–the American context and the political context–that we can't begin to approach here, given the limits of space: and also the theoretical issues that have been so badly dealt with.

These debates have a complex history: libraries full of epistemological works! Before setting up a contrast between the savants, the experts, and the others, they divide up the field of science itself. And the field of philosophical thought. Sometimes, for fun, I also take seriously the symptoms of a campaign, or even of a hunt, in which badly trained horsemen sometimes have trouble identifying the prey. And initially the field.

What interest is involved for those who launched this operation in a particular academic world and, often very close to that, in publishing or the press? For instance, a news weekly printed two images of me (a photo and a caricature) to illustrate a whole "dossier" in which my name did not appear once! Is that serious? Is it decent? In whose interest was it to go for a quick practical joke rather than taking part in the work which, sadly, it replaced? This work has been going on for a long time and will continue elsewhere and differently, I hope, and with dignity: at the level of the issues involved. (Derrida, Paper Machine, 70-72)

There would also be a short chapter entitled, "My Sunday 'Humanities.'"